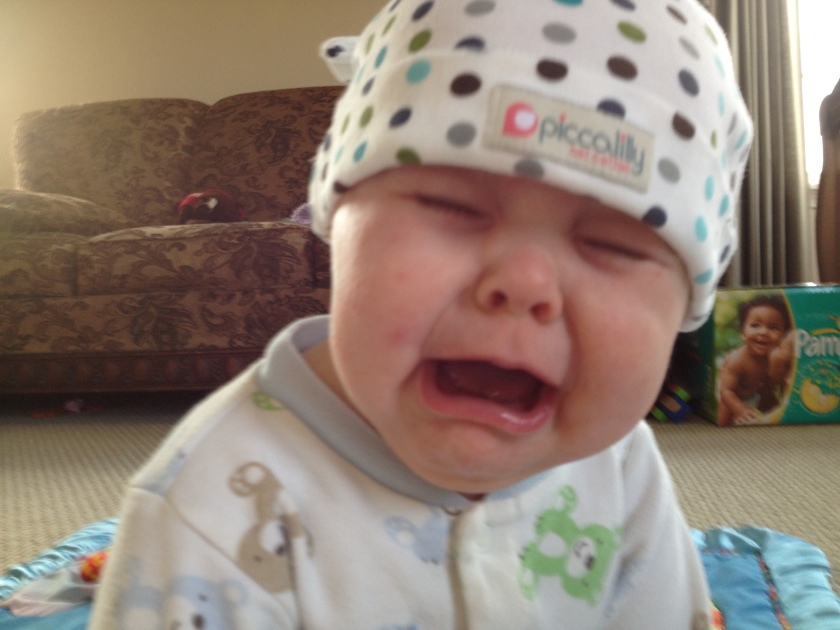 My husband and I both have fairly short tempers. We are prone to outbursts without thinking, and it can take very little before steam starts rising out of our heads. I hate, absolutely hate, raising my voice, but it happens — a lot. Hey, I’ll be the first to admit it. Why? Because I’m human….well, that, and my parents are a little short-tempered, too. It runs in our family. Guess what happens when two mildly hot-tempered people have children?! The children have tempers, too, it turns out! Tempers aren’t all bad — I’ve found that they can be quite motivational, actually — but they do need to be controlled.

My second child, a boy at the age of 5, has shown his temper since he was about 2 years old, which is normal. It seemed to spike at age 3 and cool off at age 4. Now, however, it seems to be in full gear; no holding back. Honestly, one little thing, and BOOM, massive explosion of anger to rival any volcano. The worst is when he is overwhelmed by the end of the school day, and he comes completely undone, shouting and crying at anyone that looks at him (thankfully, he’s really well behaved at school. I’ll take it!). I’m often left unraveled and at my wits end trying to say or do “the right thing”, or anything, to help him.

I’m all about giving my children “tools” to learn how to control and monitor their emotions and behavior. By taking my daughter up to her bedroom to “cool off” from her temper tantrums at age 2, she learned to take herself up there (at a really young age) when she would cry uncontrollably due to a tantrum. We talk about decisions we make and how that affects our behavior, too. Well, nothing seemed to be working for my 5-year-old for the last couple of months. Time-outs certainly don’t work, and neither did sending him to his room to “cool off” like we did with our daughter. All of the tricks I’ve read about, all of the talks, nothing worked…until I tried a basic Alexander Technique on him that I use myself: Semi-supine position. The idea just hit me a few days ago during one of his tantrums. Now, I will tell you that getting a 5-year-old boy to lay still for 5 minutes is really tough, but we got there, and the difference was incredible. It was like the switch turned off, and everything was good. We’ve done this a few times now, and it really does work!

Lying still is a skill that most children have to work on and develop, like any other skill. I know it seems simple, but think about it: an active boy who loves nothing more than to laugh and run and wrestle will have a very difficult time just lying still. It’s the same as learning to stay in a line at school or stay quiet and raise their hand. They have to practice it, but it is a skill worth working on and developing, as hard as it can be to do. It is a great tool to help him settle down, switch off the “I’m angry” part of the brain, and give him a chance to re-group and know everything is going to be fine.

The really great thing about this exercise, is that it changes the mood and atmosphere of the whole house. With lying still and focusing on breathing, you can’t help but relax. Suddenly, the air feels light again, and we can continue on with what we were doing. I’m so happy that I thought to extend this exercise to my children. We all have tempers; we are all human. We just need to discover the most positive way of dealing with our tempers and pass that on to our children, and this one seems to be it!